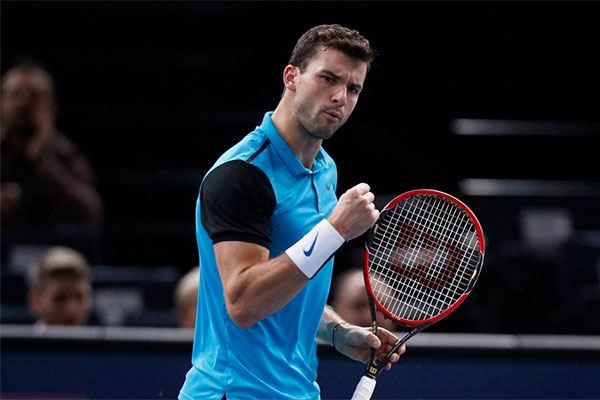 Grigor Dimitrov advanced to the third round of BNP Paribas Masters in Paris after 7-6(3) 7-6(2) victory over No 11 Marin Cilic of Croatia. Neither of the players succeeded to break the service game of the opponent although Marin Cilic had 10 chances. Grigor Dimitrov dominated in the tie-breaks of the both sets, he dropped just 5 points to secure his win in 2 hours and 16 minutes.

The head to head score of Dimitrov - Cilic is 1-1 after this win of Dimitrov and the win of Cilic in Brisbane in 2014.