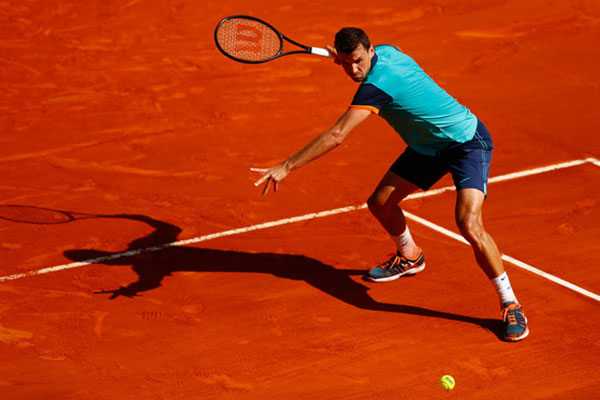 Grigor Dimitrov needed two hours and seven minutes to beat the ex No 7 Fernando Verdasco 6-4 4-6 6-4 in the first round of Monte-Carlo Rolex Masters. In the last game of Dimitrov saved 7 break-points recovering from 0-40 and won his first match-point and the set and the match.

"It's never easy, especially in the first match, having an opponent like that," said Dimitrov. "Verdasco is known for his strength, especially on a clay court. I'm really happy with the win because it shows that I've done something right in the days coming into the tournament."

In the second round Dimitrov will play the Italian Fabio Fognini, No 28. Dimitrov and Fognini met twice both matches played in 2013 - Fognini won in Sydney but Dimitrov prevailed at Paris Masters.