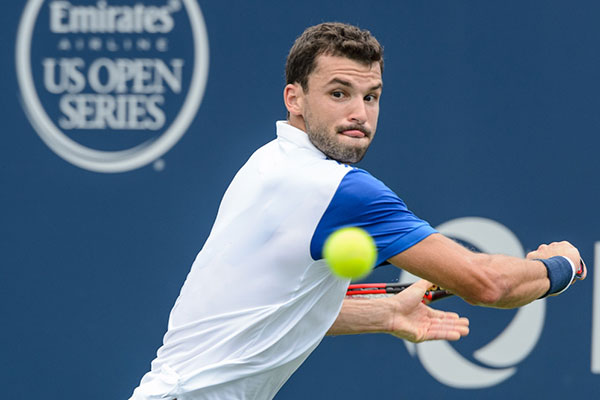 14th seeded Grigor Dimitrov defeated the Ukrainian Alexandr Dolgopolov 6-4 7-5 in the opening round of Canada Open Masters in Montreal. In the first set the qualifier Dolgopolov had six opportunities to break but Dimitrov showed strong resistance. The Bulgarian struck at the end of the set to reach 1-0 lead in sets. In the second set Dolgopolov scored an early break, but when serving to win the setGrigor Dimitrov got back by breaking. Then Dimitrov broke for a second successive game to secure a spot in the second round.

On Wednesday Dimitrov will play Jack Sock of the USA. The match is at 6:30pm CET on Court No 9. In the two previous matches Dimitrov beat Sock in Stockholm in 2014 and Sock ousted the Bulgarian in the first round of Roland Garros earlier this year.