Grigor Dimitrov is Seed 1 of the Qualifications of Israel Open 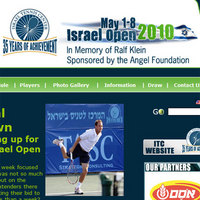 Grigor Dimitrov will start directly in the second round of the qualifications of the 100'000 USD ATP Challenger in Ramat HaSharon, Israel. Dimitrov is Seed 1 of the qualification draw and in will start against the winner of the match between Ofir Ginat and Noam Behr - both non-ranked Israeli players. 34-years-old Noam Behr reached ATP rank 127 back in 2001. The draw is very favorable for Grigor and he should not have problems to enter the main draw as in the 3rd round he would also meet non-ranked Israeli player.