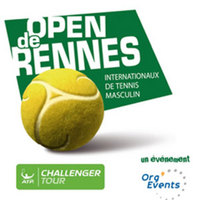 After 2 weeks pause Grigor Dimitrov will start in the main draw of the 64'000 EUR ATP Challenger in the French city of Rennes. Dimitrov is seed No 7 and in the first round will play Laurent Rochette of France, current ATP rank 275. Grigor Dimitrov defeated Rochette 6-1 6-4 in the quarter-final of the Challenger in Geneva in August. If Dimitrov reaches the quarterfinals he would play 32-years-old Arnaud Clement (France), Seed 1 of the tournament, current ATP rank 62. Back in 2001 Clement reached No 10.