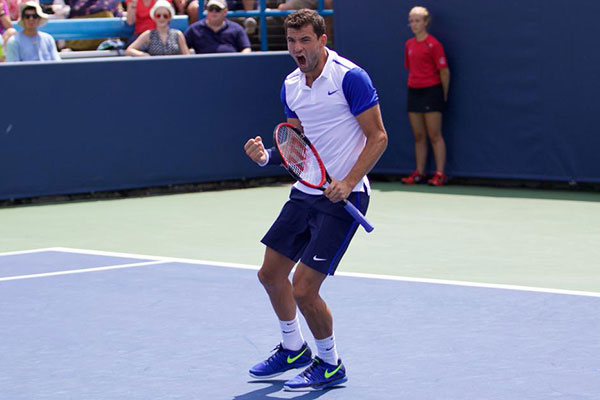 Andy Murray saved match point and came back to defeat Grigor Dimitrov in the third round in Cincinnati 4-6 7-6(3) 7-5. Dimitrov started the match perfectly with a break to move 1-0 ahead. All next games were won by the serving player and Dimitrov took the first set 6-4. In the second set Grigor won four of the five first games to reach a lead of 4-1. Then Murray broke back and took the service game to reduce the difference only to one game 3-4. In the eight game Murray edged out Dimitrov against the serve, then reached a lead of 5-4. Eventually the set reached to decisive tie-break. Both players scored mini-breaks but Murray moved ahead and won the tie-break. In the third set Dimitrov succeeded to come back from 0-2 to a lead of 5-2 after winning 5 consecutive games. The Bulgarian had a match point when leading 5-4 but could not capitalize it. Murray broke to 5-5 and then with another break took the set 7-5 and won the match.

“I was happy with the way I played at least, but that's about it,” said Dimitrov. “I had too many opportunities. That's the only thing. If that you have many and you don't I want to say that's about it. Everything else felt pretty good. The body held up well for three hours, so good things ahead.”

Grigor Dimitrov's next tournament is the fourth Grand Slam tournament US Open in New York starting from 31 August.