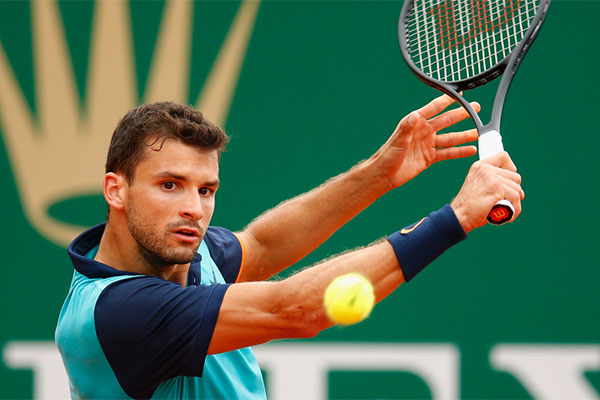 Grigor Dimitrov raced past the defending champion Stan Wawrinka of Switzerland in 55 minutes 6-1 6-2 in the third round of Monte-Carlo Masters. The Bulgarian saved all 6 break-points he faced and took five of nine opportunities on Wawrinka' s serve. Dimitrov is through to the quarterfinals in Monte-Carlo masters for the second time, in 2013 he lost to Rafael Nadal. This time his opponent will be Gael Monfils who beat Roger Federer in straight sets in the third round.

Today's win is the first for Dimitrov over Top 10 player since last year's edition of Wimbledon where he defeated then No 5 Andy Murray in the quarterfinals.

Grigor Dimitrov and Max Mirnyi lost to Bob Bryan and Mike Bryan 2-6 2-6 in the second round of the doubles tournament.