Grigor Dimitrov Proceeds to the Second Round at Madrid Masters 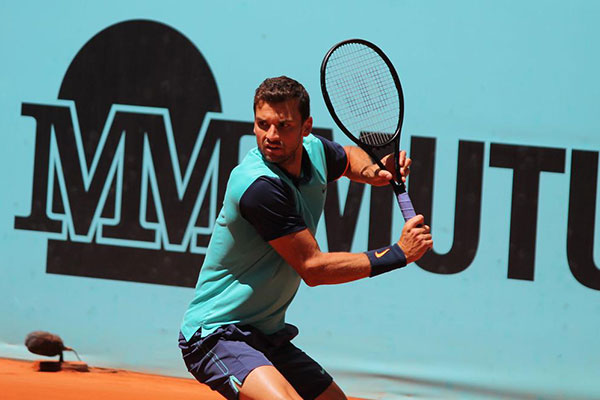 The Bulgarian will face Fabio Fognini of Italy in the second round. In the 3 matches so far Dimitrov won twice: few weeks ago at Monte-Carlo Masters and in 2013 at Paris Masters. Fognini defeated Dimitrov in Sydney in 2013.

Dimitrov scored another win on Tuesday with his doubles partner Jurgen Meltzer of Austria. The Bulgarian-Austrian duo defeated the Frenchmen Gael Monfils and Jo-Wilfried Tsonga 4-6 6-4 [10-3]. In the second round Dimitrov/Meltzer will play 5th seeded pair Marcin Matkowski of Poland and Nenad Zimonjic of Serbia.