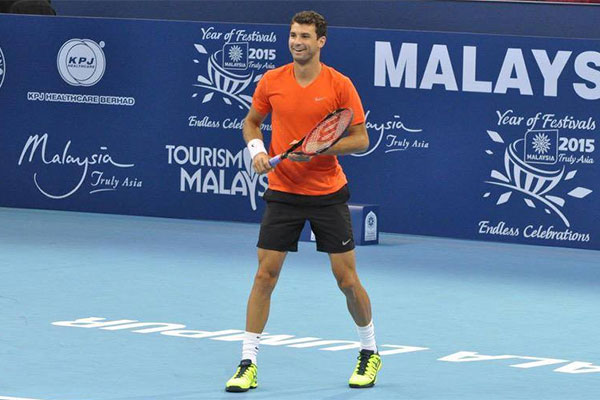 Grigor Dimitrov will play no 47 Joao Sousa of Portugal in the second round of Malaysian Open in Kuala Lupmpur. The Bulgarian skipped the first round as 4th seeded player. The second-round match Dimitrov-Sousa is not before 12:15 pm CET (13:15 Sofia time) on Thursday.

On Wednesday Grigor Dimitrov and his partner Leander Paes of India lost the first round doubles match to Rameez Junaid of Australia and Jonathan Marray of Great Britain5-7 6-1 [4-10].

Grigor Dimitrov will work with Franco Davin,the former coach of Juan Martin del Potro. The Argentinian coach and Dimitrov will be together at the tournaments in Malaysia and Japan and only then will decide if they will continue their collaboration.