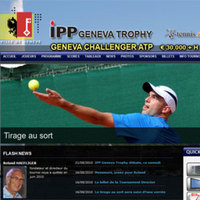 On Monday, 23 August 2010, at 5:00 pm CET Grigor Dimitrov starts in the first round of the 30'000 EUR Challenger in Geneva, Switzerland. The opponent of Dimitrov is the German teenager Cedrik-Marcel Stebe. Currently he is at ATP rank 363 and has a very successful period - final at Oberstaufen Challenger in July, Futures title in Italy in April, semifinal in Futures in Croatia in April this year.

The tournament has live scores accessible from the web site:http://www.atpgeneva.com