Grigor Dimitrov Starts the New Season against Chardy or Golubev 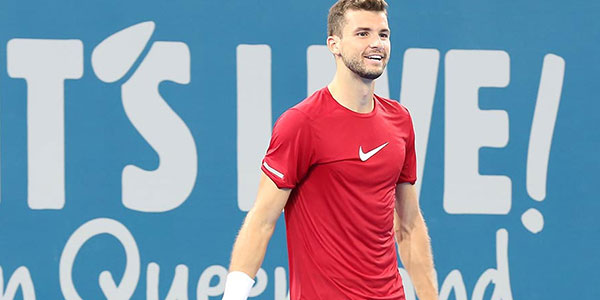 No 23 Alexandr Dolgopolov is the potential opponent of Dimitrov at the quarter-finals. In the semi-finals Dimitrov could meet last year`s finalist here Roger Federer.

In the previous two participations in Brisbane Grigor Dimtrov reached the final in 2013 where he lost to Andy Murray and the second round last year (lost to Marin Cilic).

Dimitrov will enter also the doubles tournament in partnership with the local youngster Thanasi Kokkinakis. In the first round the Bulgarian-Australian pair will play Jeremy Chardy,France,and Lukasz Kubot, Poland.