Grigor Lost to Vagnozzi in Marburg 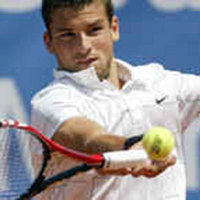 Grigor Dimitrov lost at the first challenger semifinal in his career. The Italian Simone Vagnozzi defeated Grigor Dimitrov in 2 sets 6-2 7-6(4) in the match that decided the second finalist of the ATP challenger in Marburg, Germany.

Grigor Dimitrov will add 32 ATP ranking points to his balance which will place him close to Top 300 when the next ranking is announced.