Ilija Bozoljac Defeated Grigor Dimitrov at the Start in Eckental 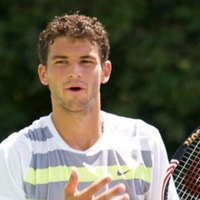 In the first round of the main draw of the 30K EUR ATP Challenger in Eckental, Germany, the Serbian Ilija Bozoljac defeated Grigor Dimitrov 6-4 7-6(4). Grigor's first service rate was 48% and he made 12 double faults. In the second set when he was leading 6-5 Grigor missed 5 set balls. This is the 3rd loss of Dimitrov by Bozoljac in the 3 matches the tennis players had until now.

Next week Dimitrov will participate in a Challenger in another German town - Aachen.

#0: not to worry.. just a minor glitch. you are already taking off