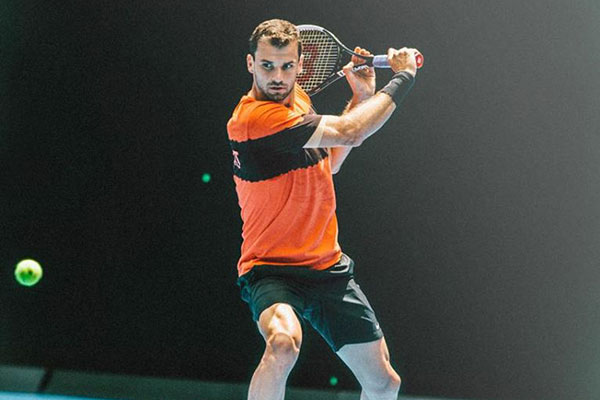 New Year’s Eve is a cause for celebration all around the world for one very good reason: It means the first Grand Slam of the year is a matter of weeks away.

The Australian Open in January is the perfect way to ensure that tennis professional all over the world stay off the mince pies and grog over the festive period.

It also enables tennis fans across the globe to hit the new year with aplomb and those looking to take advantage of tennis betting strategies, the chance to put them into practice early doors.

Bulgarian Grigor Dimitrov finds himself seeded 20th for the Melbourne Park event so what of his chances of landing a first Grand slam title?

We take a look at his chances and hurdles he must overcome if the 27-year-old is to become the 2019 Australian Open champion.

If Dimitrov is to win a Grand Slam, then there is fair reason to suggest that down under is his best chance.

In 2017, he achieved his best-ever result in one of the four majors reaching the semi-final.

A five-set thriller with Rafa Nadal set the tournament alive but it was the Spaniard who won through to the final to face Roger Federer who eventually won.

Ack to back top eights are a positive sign for Dimitrov heading to Melbourne and one he should look to for confidence.

Despite losing to Kei Nishikori 7-5, 7-5 in the quarter finals of the Brisbane International, the important thing is Dimitrov has been getting plenty of playing time under his belt before heading to Melbourne.
It means he will head into the Australian Open in peak fitness and in a prime position to attack the likes of the aging Federer and recovering Andy Murray and Novak Djokovic.

Heading into the tournament and Dimitrov can be backed as far out as 50/1 with some bookmakers.

That is a remarkable price for a man who has not finished outside of the top eight since 2016.

The big three of Djokovic, Federer, and Nadal make up the top three with Andy Murray’s injury woes seeing him instilled as eighth favourite but Dimitrov at 50/1 is well worth an outside punt.

Yes, is the answer, as mentioned above the Australian Open is the one Grand slam in which he has been the most consistent and his hard-court record backs that up.

It will not be easy with heavyweights Djokovic and defending champion Roger Federer in the way, however, the general consensus is that Dimitrov is far better than his odds suggest and if he is to win a Grand Slam, then this may prove to be his best chance ever.