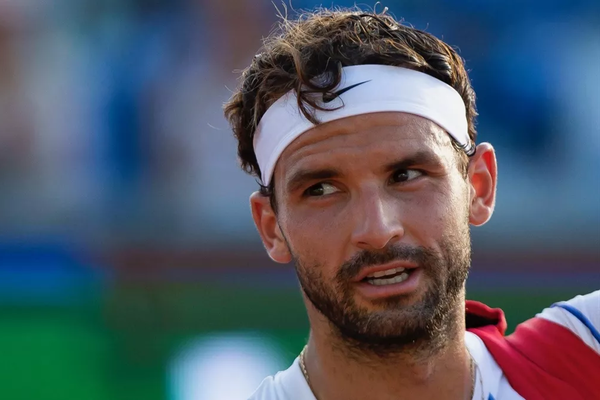 Bulgarian tennis player Grigor Dimitrov has made a name for himself in the tennis sports space. Nicknamed “Baby Federer” at the beginning of his pro career because of their similarities in playing style, Dimitrov has recorded lots of memorable wins and established a unique identity in the tennis world.

The Bulgarian tennis player is known for his spectacular performance on continental and global stages, regularly featuring among the ATP hotshots. His acrobatic skills have earned him a specular fan base, and his following on social media is evidence of that.

To date, Dimitrov has recorded eight ATP singles titles, with at least a single title on all surfaces (clay, hard, and grass). His career highlights thus far include:

Early Career Achievements
Looking at his career highlights, Dimitrov is among fan favorites when it comes to tennis betting. Fortunately for Bulgarian punters, you can click https://zalagania-online.com/registracija-bet365 to learn how you can register a betting account and bet on Dimitrov’s matches.


Dimitrov launched his career in 2013 and reached his first singles final during the Brisbane International tournament. Unfortunately, he lost straight sets to tennis star and defending champion Andy Murray. Despite losing, reaching the finals was quite impressive for Dimitrov and he went ahead to reach the quarterfinal during the clay court season at the Monte Carlo Rolex masters.

In 2014, Dimitrov reached the grand slam quarterfinals for the first time in the Australian Open. Dimitrov lost the trophy to Rafael Nadal in four sets after being unable to convert on the third set tiebreaker, which would have given him the lead. Dimitrov also won his biggest ATP singles title at the ATP 500 event held in Acapulco in March where he crashed Kevin Anderson in three sets.

In June, the Bulgarian tennis player saved the championship point during the Queen’s Club Championships, winning his third title that year and his first on grass. Doing that allowed Dimitrov to record at least a single title on every playing surface (grass, clay, and hard).

During the Wimbledon Championships in 2014, Dimitrov defeated the third-seeded Andy Murray in straight sets during the quarterfinals, reaching his first semi-final. However, Dimitrov lost four sets to the eventual champion and top-seeded player Novak Djokovic. As a result of his performance during this event, the Bulgarian joined the top ten ATP rankings for the first time.