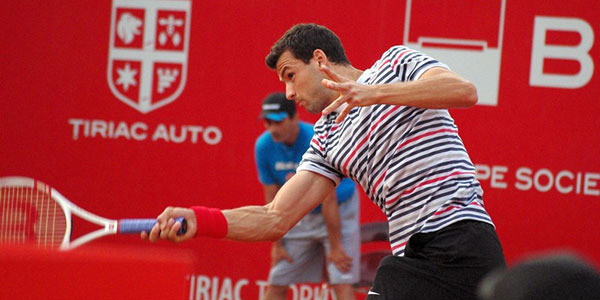 Grigor Dimitrov won his first clay tournament title by beating defending champion Lukas Rosol from Czech Republic. Dimitrov reached to victory in the final match in two sets 7-6(2) 6-1. The Bulgarian clinched the crown in Bucharest without losing a set in the 4 matches.

Dimitrov received 77315 USD for his win and earned 250 ranking points which will return him back to his best position No 14.

The title from Bucharest is the third in the career of the young Bulgarian and second for the season after winning the trophy in Acapulco, Mexico two months ago.

The next tournament for Grigor Dimitrov is the Madrid Masters during the week of 5 May.

#2: Congrats! Well-played and well-earned, and such a sportsman. You are always a pleasure to watch. Keep up the great work -- rooting for you every time you play, no matter the opponent!