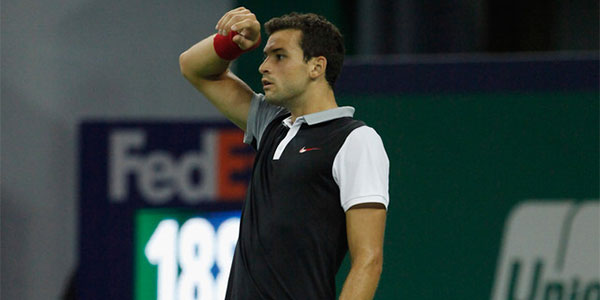 With this earl loss Grigor Dimitrov decreased substantially his chances to enter the Year-to-date Top 8 players who will take part in the ATP Tour Finals in London in November.

Next week Grigor Dimitrov will play at If Stockholm where he won his first ATP Tour title last year. No 7 ranked Tomas Berdych is with the highest rank among the tennis players in Stockholm. Grigor Dimitrov would be seeded No 2 as he is the second best ranked player. The other top names who will play for the title in the Swedish capital are Kevin Anderson, Alexandr Dolgopolov, Gael Monfils, Fernando Verdasco.