Dimitrov and Herbert Advanced to the Quarterfinals in Stockholm 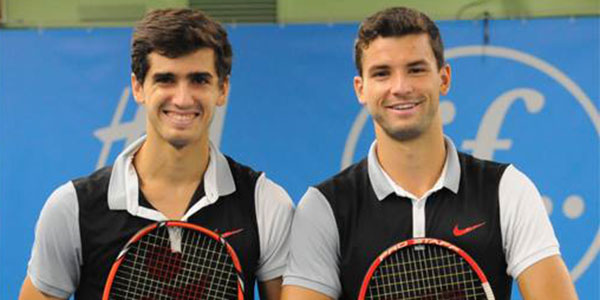 The two friends from the junior years Grigor and Pierre-Hugues will add 45 points for the doubles ranking. Their opponents in the quarterfinals will be Treat Huey of the Philippines and Jack Sock of the USA.

On Wednesday Grigor Dimitrov will play in the second round of the singles against Teymuraz Gabashvili of Russia. In the only match so far Gabashvili beat Dimitrov - in 2011 in Houston, TX, USA.

The Bulgarian TV channel bTV Action will broadcast all the matches of Dimitrov from If Stockholm Open. All the other matches from the quarterfinals will be in the program of Ring.bg TV channel.