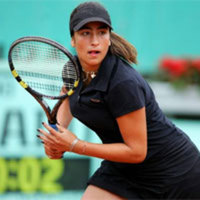 For the first time in his professional career Grigor Dimitrov will participate in mixed doubles tournament. With Frenchwoman Aravane Rezai who is also apprentice of the Mouratoglu school in Paris, Dimitrov will start in the first round against the Seed 7 Leander Paes of India, the doubles specialist with numerous prestigious wins, and Iveta Benesova of the Czech Republic.

Later today is the first round match of Grigor against the French Jeremy Chardy. The match is 4th in a row on court 1 which televised and could be broadcasted by Eurosport or watched live on internet (live video links will be posted on the right column).