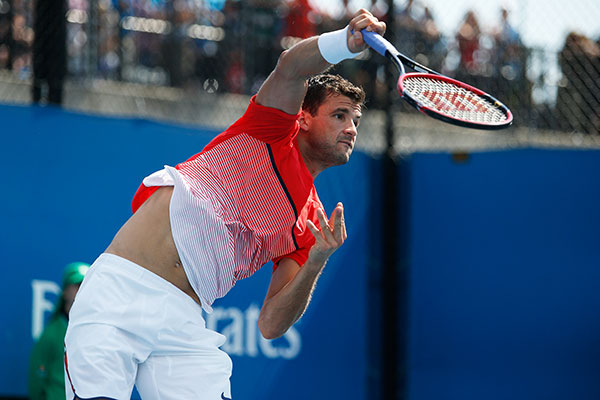 The third round match of Grigor Dimitrov and Roger Federer is third in a row on Rod Laver Arena as the first match starts at 2 pm local time on Friday. So European fans can watch it in the morning hours on Friday after the match of Maria Sharapova and Lauren Davis.

Dimitrov played Federer 4 times until now and lost all the matches and only in Brisbane two ago the Bulgarian succeed to win a set.

"I just played him [Roger Federer] a couple weeks ago. Obviously it's not an easy match. But I felt that I've been playing good. I have quite a few matches behind my back already." Dimitrov said. "I mean, it's exciting match for me, you know, to be able to get to the third round and play against him. You know, it's a good start.I'm out here to perform the best way I can, and hopefully, you know, I can play better tennis and sort of play better I think than Brisbane and maybe do couple of things different that I thought I could have done back then."