Dimitrov is No 15 at ATP World Tour Ranking 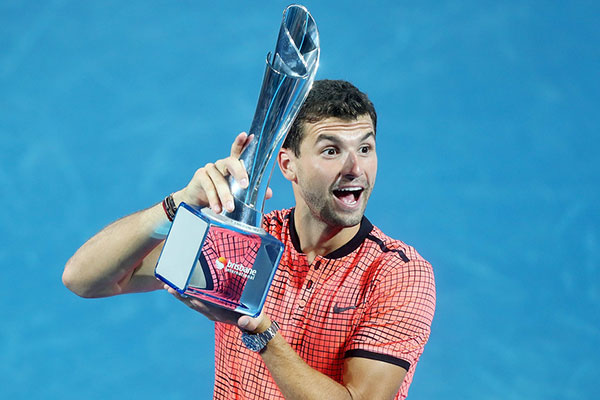 With the points won as champion of Brisbane International Grigor Dimitrov moved two positions up to No 15 in the ATP World Tour Ranking of the week of 9 January. The Bulgarian is now ahead of Roger Federer of Switzerland and Lucas Pouille of France who both lose one place.

The first week of tournaments of 2017 did not lead to major changes in Top 10. Andy Murray is No 1 ahead of Novak Djokovic and Milos Raonic as No 2 and No 3. Stan Wawrinka and Kei Nishikori also stay at their positions. The only change in Top 10 is Gael Monfils who moves to No 6 and Marin Cilic moves to No 7. Dominic Thiem, Rafael Nadal and Tomas Berdych are the players from No 8 to No 10. The players ahead of Dimitrov from No 11 to No 14 are David Goffin, Jo-Wilfried Tsonga, Roberto Bautista Agut and Nick Kyrgios.

The next match of Grigor Dimitrov is at the first Grand Slam tournament of the year Australian Open from 16 January 2017.

#0: Well done Grigor, keep it up and do well in AO. Leave Melbourne with the
trophy.