Dimitrov is Seed No 7 at Toronto Masters. Plays Young or Dancevic in the Second Round 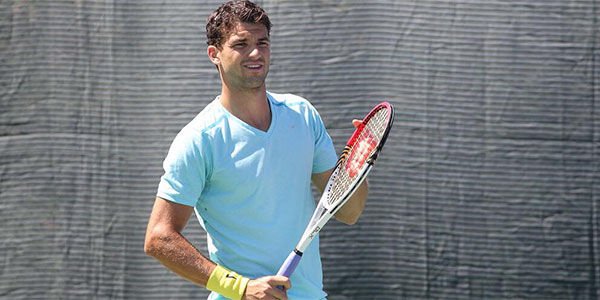 Grigor Dimitrov will start from the second round at the ATP Masters tournament in Toronto, Canada, as he is 7th seeded of the main draw. His opponent will be decided in match between Donald Young and Frank Dancevic. No 73 American Donald Young had to play in the qualifications in Toronto but gained the right to start directly in the main draw as he reached the semifinals of Citi Open in Washington this week. World No 129 Frank Dancevic of Canada enters the main draw with wild card from the organizers.

In the eighth finals Dimitrov could meet Kei Nishikori, Gillles Simon, Philipp Kohlschreiber or Dominic Thiem. The other two seeded tennis players in the quarter of Dimitrov are Seed 3 Stan Wawrinka and Seed 16 Fabio Fognini. The seeded players Grigor could meet in the semi-finals are Novak Djokovic, Andy Murray, Richard Gasquet and Jo-Wilfried Tsonga.

The second half of the draw is lead by Roger Federer. His potential seeded opponents until the finals are Tomas Berdych, David Ferrer, Milos Raonic, John Isner, Ernests Gulbis, Roberto Bautista Agut and Marin Cilic.

Dimitrov is expected on court on Tuesday or Wednesday when the second-round matches will be played according to the agenda of the tournament.