Dimitrov Knocked Out Querrey to Advance to the Quarterfinals in Washington 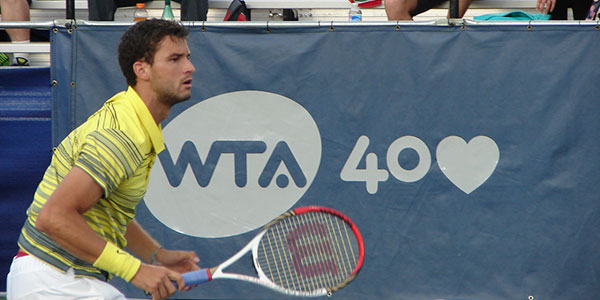 Grigor Dimitrov needed one hour to beat sixth-seeded American Sam Queerry 6-3 6-2. With the ranking points from this win Dimitrov will return to Top 30.

The next opponent of Grigor Dimitrov is the 35-years-old Tommy Haas of Germany. The ex-number 2 Haas reached the final last year in Washington. The European tennis fans can watch Dimitrov-Haas match after 1 am CET on Saturday. Dimitrov took the win in the only match against Haas at the start in 2011 in Los Angeles.

Later in the evening Grigor Dimitrov and Michael Llodra will play the Americans Sam Querrey / Steve Johnson in the second round of the doubles tournament.

#0: A true pleasure to watch Grigor totally dominate Querrey who changed racquets and talked to himself early and often to no avail. Grigor’s game was beautiful and he showed a big heart throughout the match - practically plastered his face against the metal railing on the small court on one occasion. His game seems vastly improved even since Wimbledon. The man displayed great sportsmanship by scoring a point against himself (overruled the chair). Something else that caught my attention was that Grigor asks the ball kids for the towel by saying “Towel Please”. Makes one proud to be Bulgarian, to be a tennis fan.