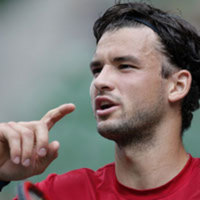 Grigor Dimitrov left the Muratoglu Tennis Academy and is now at Good to Great Tennis Academy in Sweden. The partners in the academy in Stockholm are Magnus Norman, ex No 2, Nicklas Kulti, ex No 32, and Mikael Tillström, ex No 39. Magnus Norman is the coach who helped Robin Soderling to reach the highest positions of the ranking.

"We look forward to the challenge of developing Grigor to new heights to reach his ambitious goals in world tennis," said Nicklas Kulti, partner in Good to Great.

In the next five weeks Dimitrov will prepare for the tournaments in Australia and the first Grand Slam of 2013 where he will be accompanied by Mikael Tillström. The other famous tennis legends Magnus Norman and Nicklas Kulti will also take part in training of the Bulgarian player.

#0: Smart move! Congratulations! Wish you luck and a lot of success!