Dimitrov - Nadal: Friday at 1 am CET 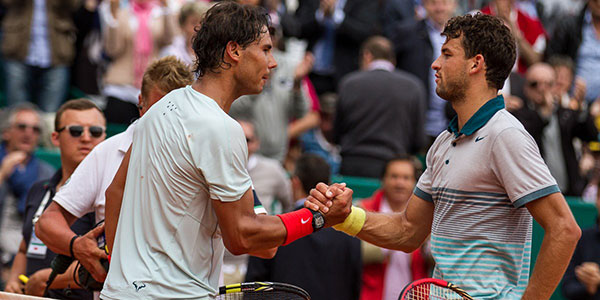 Rafael Nadal beat Benjamin Becker in the second round in Cincinnati and will face Grigor Dimitrov in the 3rd round. The match is in the Thursday's program and will start at 7pm local time (Friday 1 am CET). Rafael Nadal won the previous 2 matches against Dimitrov, last win being at Monte Carlo Masters in April this year. Dimitrov will have very tough task, Nadal won all 11 matches on hard courts this season. And last week Rafa won the title at Montreal Masters.

"He's a great player," said Nadal. "He's a young player. He's really destined to be in the top positions in not a very long period of time. He's doing well, and I had a tough match against him in Monte Carlo this year. He had already tough matches against Murray, Djokovic. He's a player that has great potential. Tomorrow will be a tough match for me, so I have to keep playing this way and play very well."