Dimitrov Plays Istomin at the Start of Shanghai Rolex Masters 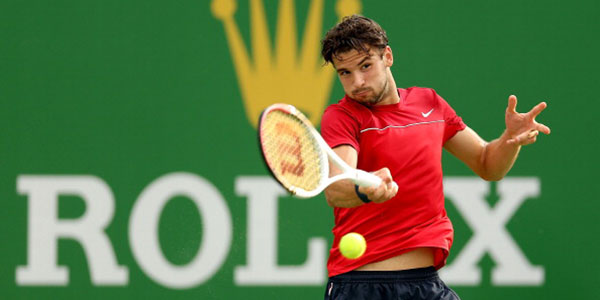 In the first round of Shanghai Rolex Masters Grigor Dimitrov will play Denis Istomin of Uzbekistan, world No 60. The Bulgarian is 10th seeded as all top 10 players take part in this prestigious tournament in China. Dimitrov lost the only one match against Denis Istomin which was back in 2009 at Challenger tournament in Besançon, France.

Dimtrov would play Julien Benneteau of France or the wild card holder Ze Zhang of China. Potential 3rd round opponent for Grigor is No 7 Kei Nishikori. If Dimitrov advances to the quarterfinals we would watch a match against Roger Federer. No 1 Novak Djokovic leads the upper part of the draw and could meet Dimitrov in the semifinals.

The other seeded players in same part of the draw are No 5 David Ferrer, No 11 Andy Murray, No 14 Roberto Bautista Agut, No 16 Kevin Anderson.

The lower part of the draw is lead by No 2 Rafael Nadal who can meet No 13 John Isner in the 3rd round and No 8 Milos Raonic or No 12 Ernests Gulbis in the quarterfinals. The other seeded players in the same half of the draw are No 4 Stan Wawrinka, No 6 Tomas Berdych, No 9 Marin Cilic and No 15 Fabio Fognini.