Dimitrov Rallies from a Set down to Defeat Dolgopolov 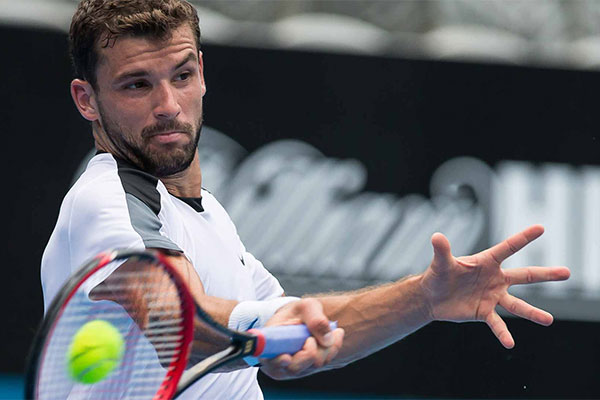 Grigor Dimitrov secured his place in the semifinals in Sydney with 4-6 6-3 6-4 win over the Ukrainian Alexandr Dolgopolov. The match that started on Thursday was interrupted due to rain several times. When the match resumed on Friday Dimitrov had a lead of 4-2 in the third set which he converted to victory.

"I was actually rushing a lot this morning; I didn’t expect the match before (Gabashvili v Tomic) that to finish that way. So I just jumped straight to the court from the practice court." Dimitrov said. "I served well, so I think that was good enough. I knew Alex would sort of come out and starts hooting every ball so I had to be ready."

Grigor Dimitrov plays Gilles Muller of Luxembourg in the semifinals on Friday.

"Right now I’m just focused on getting as many matches as possible and get ready for Melbourne – that’s my main goal." Dimitrov said. "My job here is still in progress. I’m excited to get on the court again – semifinal. It’s going to be a good match (against Muller). Big server, he’s a very experienced guy. Tough conditions today but it’s gonna be the same for both of us. Let’s see how it’s gonna go."

#1: Massive performance against Muller. 20+ winners than unforced errors(only 7 by the way) was just unreal. Keep improving and doing what you are doing and you'll achieve your goals!