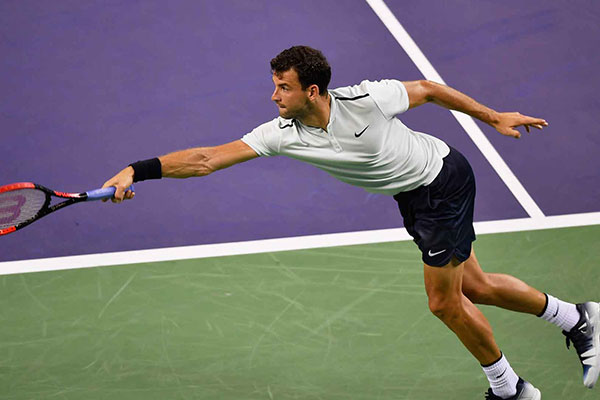 The sixth seeded Grigor Dimitrov advanced to the third round of Shanghai Rolex Masters for the first time after 5 previous attempts. In a dramatic match against the American Ryan Harrison Dimitrov succeeded to recover from a deficit of 2-4 in the third set to bring it to tie-break. Then in the tie-break Harrison was leading 6-3, Grigor saved 3 match points and with 5 consecutive points won the set and the match within 2 hours and 34 minutes.

On Thursday morning Grigor Dimitrov will play No 17 Sam Querrey of the USA in a match for place in the quarterfinals. Dimitrov leads Querrey 2-0 with the wins in London in 2015 and Washington in 2013.