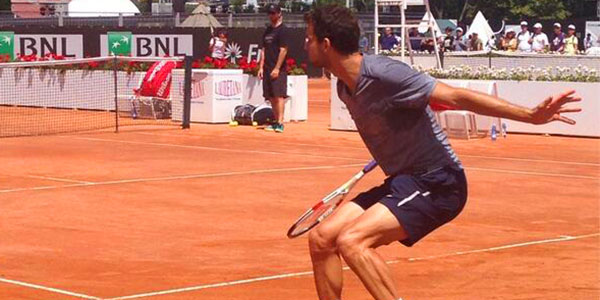 Grigor Dimitrov will play the Frenchman Edouard Roger-Vasselin in the first round of the ATP Tour Masters tournament in Rome, Italy. This will be the first clash between Dimitrov and the 47th ranked Roger-Vasselin. The next potential opponents of Grigor are Ivo Carlovic of Croatia or qualifier in the second round, and yet again 6th seeded Tomas Berdych of the Czech Republic if he beats Tursunov or Roberto Bautista Agut. If Dimitrov takes revenge to Berdych he would play No 3 Stanislas Wawrinka who leads the second quarter of the draw. The other seeded player in the same quarter is Tommy Haas of Germany.

Top seed Rafael Nadal is in the same quarter of the draw with No 7 Andy Murray, No 9 John Isner and No 14 Mikhail Youzhny. Federer leads the third quarter of the draw with other seeded players being No 8 Raonic, No 11 Jo-Wilfried Tsonga and No No 13 Fabio Fognini. The seeded players in the fourth quarter are No 2 Novak Djokovic, No 5 David Ferrer, No 10 Kei Nishikori and No 16 Tommy Robredo.

Grigor Dimitrov will play also in the doubsles tournament in partnership with Lukas Rosol, Czech Republic. In the first round they will play the Colombians ranked No 30 and No 32 Juan Sebastian Cabal and Robert Farah.

#0: Good game today Grigor good comeback in the third.Be lucky in the next