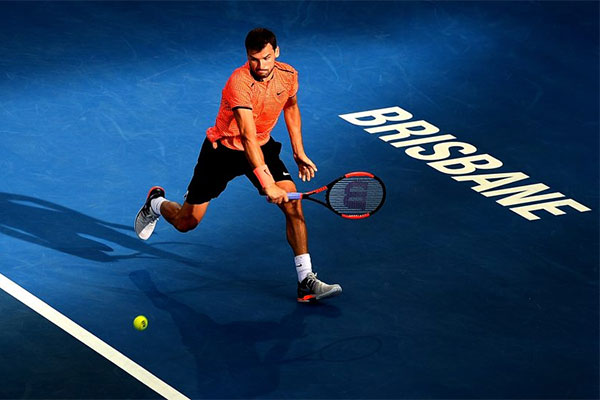 Grigor Dimitrov advanced to the semifinals of the ATP 250 Brisbane International after defeating world No 8 Dominic Thiem of Austria in three sets 6-3 4-6 6-3.

“It was a good match, I expected to play a good match. Thiemis one ofthe contenders in any tournament,” Dimitrov said. “I thought I could have done a few things better but a win is a win. I’m just happy with my performance sofar. I thought I wascoming in to the net a lot in the first set and second and third I slowed down a bit. Next match I need to focus on myself and for sure serve a higher percentage of first serves.”

In the semifinals on Saturday Grigor Dimitrov will play top seed Milos Raonic of Canada who beat Rafael Nadal. Dimitrov has 2 wins and one loss over Raonic on ATP World Tour Level.

In the other semifinal Kei Nishikori will face Stan Wawrinka.