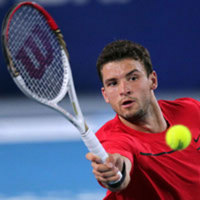 Grigor Dimitrov defeated the Estonian Jurgen Zopp 6-1 6-7(6) 6-2 in the first round of the qualifications of the ATP 250 tournament in Sydney, Australia on Saturday morning. Two hours later he started the second round match against the Australian wild card holder Adam Feeney but retired and left the tournament. It was too tiring for Grigor to play the 4th match within 20 hours and after 3300 km/5 hour flight from Perth to Sydney.

The young Bulgarian will have one week to recover and better prepare for the main draw matches of the Australian Open which will start from 16 January in Melbourne.