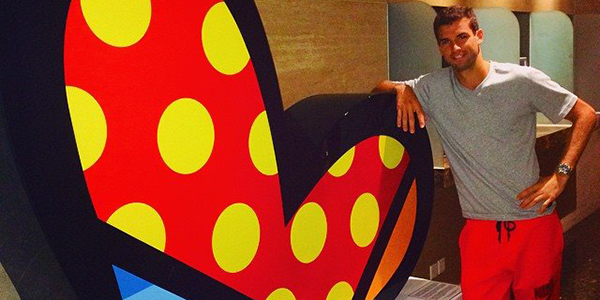 Grigor Dimitrov is seeded No 5 of the main draw of ATP 500 tournament in the Chinese capital Beijing. He will start against Fernando Verdasco of Spain who is currently No 33 in the tennis world ranking. The 30-years-old Verdasco's highest rank was No 7 reached in 2009.

Verdasco beat Dimitrov in the only official match they played - in the semifinal in Bastad, Sweden, in 2013. In exhibition tournament in Australia in January this year Verdasco defeated Dimitrov again.

The potential second round opponents of Grigor in this year`s edition are Julien Benneteau and Pablo Andujar. Novak Djokovic is the first seeded player Dimitrov would play if he reached the quarter-finals.