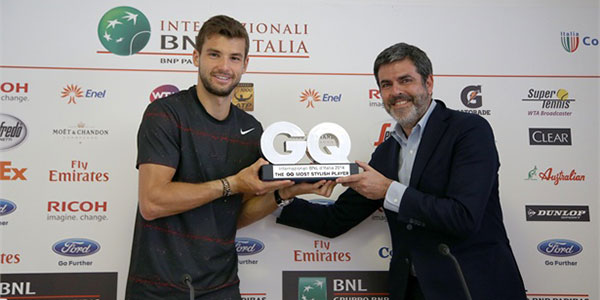 The Italian edition of the GQ Magazine awarded Grigor Dimitrov with the special title Most Stylish Player of 2014. Dimitrov is the third tennis player appointed by the famous men's magazine GQ after Rafael Nadal and Novak Djokovic who took the prize in 2012 and 2013.

#0: Sorry about the loss. You at least have the GQ title. You looked very nervous tonight. Better luck next time. We're all behind you. Good luck!!!