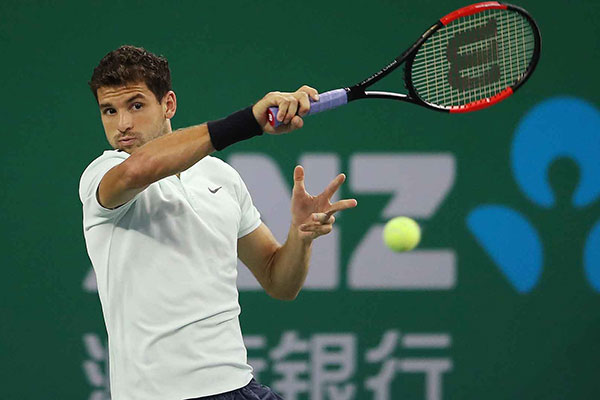 Grigor Dimitrov will have one more chance to beat No 1 Rafael Nadal after the loss last week in Beijing. Earlier today Dimitrov advanced to the quarterfinals of Shanghai Rolex Masters after beating No 17 Sam Querrey of the United Stated 6-3 7-6(3).

This was Grigor's 40th win of the season, his win-loss balance is now 40-16. With the points of the today's match Dimitrov will guarantee his return to Top 8 in the ranking next Monday. And he earned valuable points for Emirates ATP Race to London where he is No 5 with 270 points behind Dominic Thiem.

The quarterfinals clash of Grigor Dimitrov and Rafael Nadal on Friday is at 2pm Shanghai time which is 8am CET/9am Sofia time.