Grigor Dimitrov Advanced to the Second Round in Rome 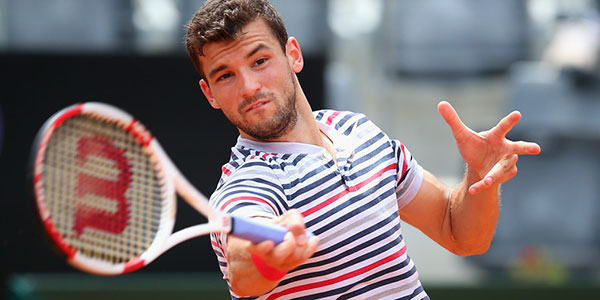 Grigor Dimitrov lost the first set but took the next 2 and won the first round match against Edouard Roger-Vasselin of France 4-6 6-3 6-4. In the third set Dimitrov won the crucial break at 4-4 and reached the victory within 2 hours and 6 minutes. For his 23rd win of the season the young Bulgarian guaranteed 45 ranking points which he had to defend from last year`s edition of the Internazionali BNL d`Italia.

"The first couple of matches are always tricky, as you have to adjust to the different conditions," said Dimitrov. "This time it was Madrid’s altitude to the speed of the Rome courts. As much as I’d like to say I became accustomed to the court, I was flat in the first set and didn't execute my chances. I had to fight, but in the third set I rose a level. My racquet was slipping out of my hand at times, but I found a way around it."

In the second round Grigor will play No 52 Ivo Karlovic. The 35-years-old Croat beat Dimitrov in the only clash so far - in the first round in Zagreb in February 2013.