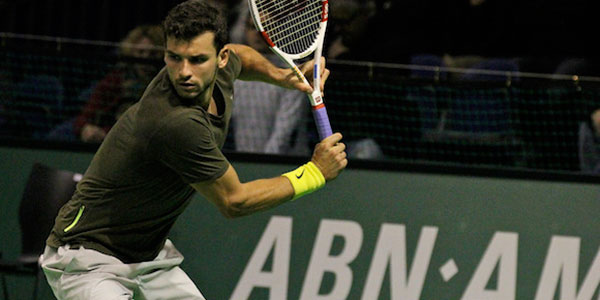 Grigor Dimitrov had to work hard to beat his friend Dmitry Tursunov of Russia in the opening round of ABN AMRO World Tennis Tournamanent in Rotterdam 6-2 1-6 6-4. Dimitrov took the first set and it seemed it would be an easy match but Tursunov turned everything around in the second set. Tursunov broke the service game of Dimitrov in the third set but the Bulgarian eventually took the victory.

"I'm glad to be back”, Dimitrov said after the match. “Rotterdam is one of my favourite tournaments. This wasn't an easy match especially because Dmitry is a good friend of mine. At the end of the match I felt very strong."

In the second round in Thursday Dimitrov will play the Latvian Ernests Gulbis.