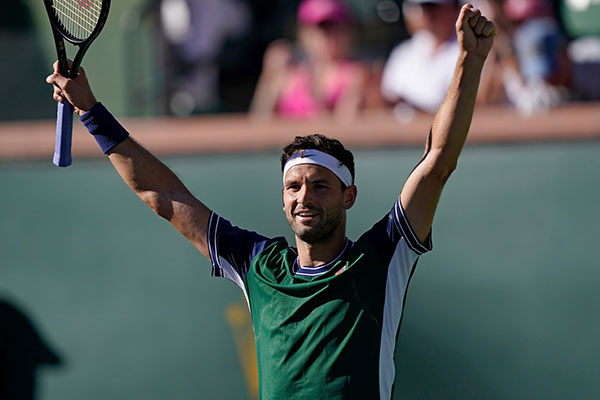 Grigor Dimitrov made a comeback from a set and double-break down to beat the Seed 1 at Indian Wells Masters Daniil Medvedev. Dimitrov reached to 4-6 6-4 6-3 victory over world No 2 Medvedev and advanced to the quarterfinals in Indian Wells.

“He is such a tough player and competitor,” Dimitrov said in his on-court interview. “Over the past year, I have played him a few times and haven’t been able to find a way. But today, I just felt something at 1-4 and I calmed myself down and started to take better decisions and started to control the pace of the game, which I really believed helped me. In the end it was just very solid and smart play.”

The next opponent of the Grigor Dimitrov is 8th seed Hubert Hurkacz. This will be the first match of Dimitrov and Hurkacz.