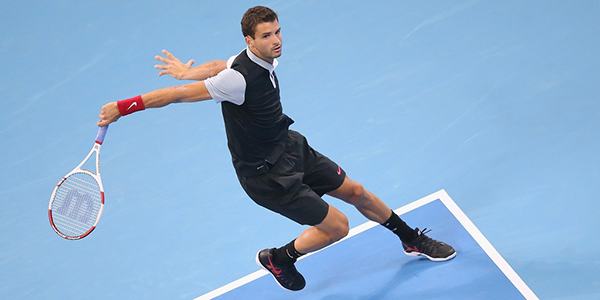 5th seeded Grigor Dimitrov defeated Pablo Andujar in straight sets 6-4 6-4 in the second round of the ATP 500 tournament in Beijing. Dimitrov needed 1 hour and 23 minutes to beat the world No 43 Andujar of Spain.

In the quarter-finals Grigor Dimitrov will play No 1 Novak Djokovic who has series of 21 wins and no losses at China Open. Dimitrov won only one match against Djokovic - at Madrid Masters last year and lost the other four. The last win of the Serbian was at the semifinals of this year's edition of Wimbledon.

"[Novak] has always played well here. At the same time I like my chances. I've been practicing well. I had a good block before the last bit of the season. In a way I'm excited to just come out there and play that match. Of course... I'm going to give my all." Dimitrov said.