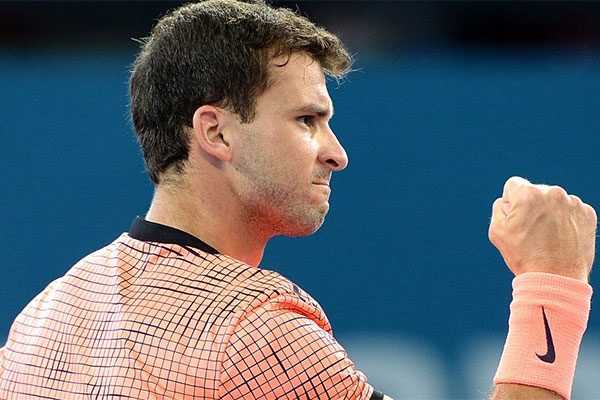 Grigor Dimitrov is though to his second Brisbane International final after defeating the top seed and defending champion Milos Raonic of Canada. The Bulgarian saved a set point in the tie-break of the first set and then took it with 9-7. After breaking twice in the second set Dimitrov reached the victory with a result of 7-6(7) 6-2.

"Milos is one of the biggest servers out there. I knew what to expect, so I just had to execute it the right way," said Dimitrov. "I played a quite solid game to break him [in the second set] and after that, I was just solid overall. I was reading his serve pretty well after that. From then on, it was just smooth sailing."

On Sunday Grigor Dimitrov will face third seed Kei Nishikori. The Japanese tennis player won all 3 matches played against Dimitrov so far the last match being in the quarterfinals of Toronto Masters in July 2016.

"We played a pretty close match last year. I felt like I had my chance and my momentum," said Dimitrov. "I'm not playing anything next week, so I'm going to get out there and leave it all on the court."