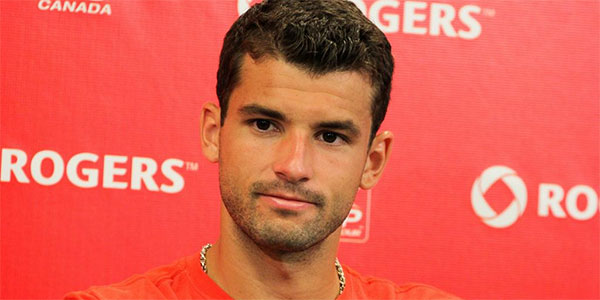 Grigor Dimitrov advanced to the quarterfinals at Rogers Cup in Toronto after winning the very tough match against the ex No 5 Tommy Robredo of Spain. Dimitrov took the first set 7-5 and reached a lead of 4-1 in the second. Robredo stormed back, broke Dimitrov's service games twice and after taking the second set 7-5 , the match was decided in the third set. Dimitrov won the second match point in the third set when he was leading 5-4 and guaranteed his place in the quarterfinals.

"It's never easy when you play against Tommy," said Dimitrov. "He's an unbelievable competitor. Even when I was up a set and 4-2, I knew it wasn't going to be an easy finish. After losing the second set, I lost the momentum of the match, so I had to work for it a little bit more. I'm happy the way I finished."

The next opponent of Dimitrov is world No 21 Kevin Anderson of South Africa who upset No 3 seed Stan Wawrinka in the third round. Grigor won 4 and lost 2 of the matches against Anderson. The last win of Dimitrov was at the final of Mexico Open in March this year.

Looking ahead to the clash with Anderson, Dimitrov added, "I know I'm in a good position right now. He obviously had a good win today against Stan. Tomorrow's another day, another match. I like my chances."