Grigor Dimitrov Defeated Albert Montanes in the Second Round in Miami 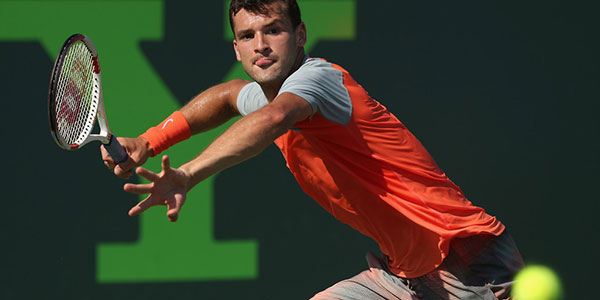 Grigor Dimitrov started with a difficult win over the Spaniard Albert Montanes. Dimitrov needed 100 minutes to defeat 33-years-old Montanes 6-1 6-7(5) 6-3. The Bulgarian defended the 45 ranking points from the participation in last year's edition of Miami Masters. In 2012 in Miami Grigor won his first match over Top 10 player - then No 7 Tomas Berdych of the Czech Republic. Last year Dimitrov lost in the third round to Andy Murray.

On Sunday Grigor will try to improve his best result at Sony Ericsson Open in a match against Kei Nishikori of Japan, No 21.

#0: opinions are as many as the people ... but anyway here's mine: maybe the game plan needs to change: do less "friendly" rallies, setup more winning situations and try for winners more often; well i am not a pro, but since all people see things differently - I offer my own observation if it can be of help...