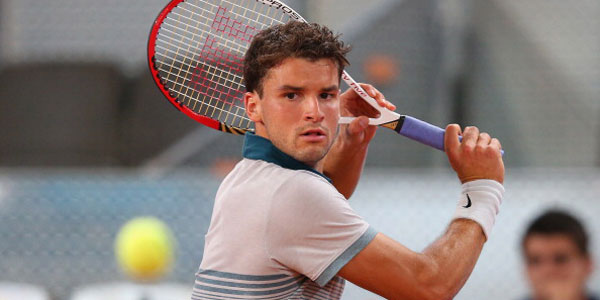 In the final match of the day on Monday at Madrid Masters Grigor Dimitrov defeated wild card Javier Marti of the host nation 6-2 6-4, capitalizing on 3 of 5 break-point chances.

The second round match against world No 1 Novak Djokovic is on Tuesday at 20 pm CET. The Serbian won the to previous matches - in Indian Wells earlier this year and in Shanghai last year. Nole won 26 of the 28 matches played this year. The live video feed links will be available just before the start of the match.