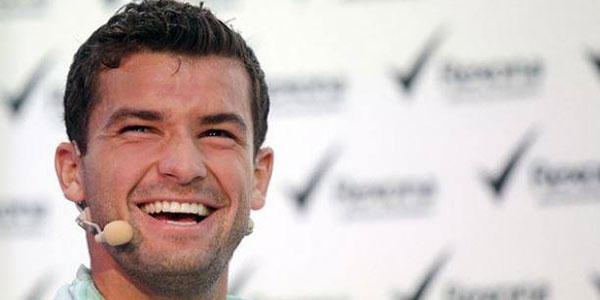 Despite the early loss at Miami Masters last week Grigor Dimitrov moved one position ahead to his new best ranking - No 15. There are no changes in Top 3 with Rafael Nadal, Novak Djokovic and Stanislas Wawrinka, and then there are changes in all positions up to No 26. Roger Federer moved to No 4, Tomas Berdych reached once again his best ever position of 5. David Ferrer drops to No 6, Juan Martin del Potro is at No 7. Ex No 2 Andy Murray is at No 8 this week. John Isner and Mios Raonic are back to their best ever positions No 9 and No 10. The players ahead of Dimitrov from 11 to 14 are Richard Guasquet, Jo-Wilfried Tsonga, Fabio Fognini and Tommy Robredo.

Dimitar Kutrovsky is No 2 Bulgarian tennis player at No 344. Tihomir Grozdanov is No 444.

This week Grigor Dimitrov will be part of the Bulgarian national team in the tie with Greece in Athens. Grigor Dimitrov and his team mates Dimitar Kutrovsky, Tihomir Grozdanov and Dinko Halachev Grigor will play in matches that will decide which national team will stay in Europe Africa zone of Group II of Davis Cup in the next year's edition of the tournament. The matches are on clay from 4 - 6 April 2014.