Grigor Dimitrov is No 19 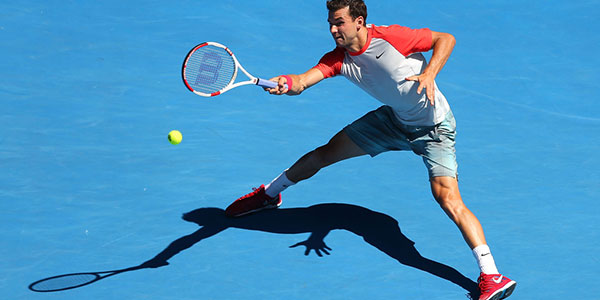 Grigor Dimitrov entered Top 20 as No 19 after playing in the quarterfinals of the first Grand Slam Tournament of the year in Melbourne, Australia. With the 380 points won this year Grigor Dimitrov shares the 7th position in the ATP Race to London Rankings. It is based on points gained only during the current year and the top 8 players go to Barclays ATP World Tour Finals in London at the end of the season.

In February Dimitrov has to defend 180 ranking points and with the 3 upcoming tournaments - ATP 250 in Zagreb, Croatia, from 3 February, ATP 500 in Rotterdam,the Netherlands, from 10 February and ATP 500 in Acapulco, Mexico, from 24 February, Grigor Dimitrov has real chances to enter Top 15.

After Australian Open there are multiple positions shifts in Top 10. The champion Stanislas Wawrinka, Swizterland, moved to from No 8 to No 3. Juan Martin del Potro of Argentine moved to No 4. Rafael Nadal, Spain, is No 1 ahead of Novak Djokovic, Serbia. David Ferrer, Spain, and Andy Murray, Great Britain, shifted to No 5 and 6. Tomas Berdych, Czech Republic, kept his 7th position while Roger Federer is now No 8. Two Frenchmen Richard Gasquet and Jo-Wilfried Tsonga are No 9 and No 10 respectively.