Grigor Dimitrov is No 3! 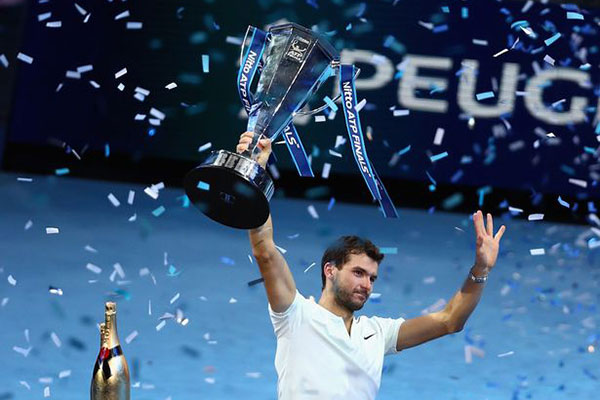 Grigor Dimitrov is officially No 3 in Emirates ATP Ranking. With the points for winning the title of the ATP FInals in London Grigor Dimitrov moved from 6th to 3rd position. Rafael Nadal and Roger Federer are No 1 and No 2. Alexander Zverev is behind Dimitrov at No 4. Dominic Thiem and Marin Cilic also lost position and moved to No 5 and No 6. The runner-up of the ATP Finals David Goffin moved to best ever position of No 7. The semifinalist Jack Sock also moved to his best ever position of No 8. Stan Wawrinka dropped to No 9. The Spaniard Pabro Carrena Busta is at No 10.

#0: Congratulations, boy! I wish you physical and mental health! I think your great game is just starting now! Success!