Grigor Dimitrov is World No 16 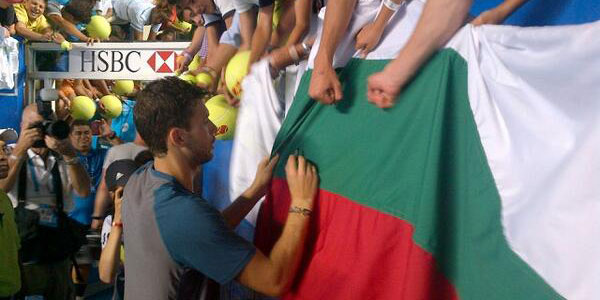 With the 500 points won for the title in Acapulco Grigor Dimitrov reached new best position No 16 in ATP ranking. Grigor Dimitrov is getting closer to Top 10 as the Jo-Wilfried Tsonga who is currently at No 10 has 2785 points which are only 655 points better than Dimitrov.

In the Race to London ranking which considers only the points from this year, Grigor Dimitrov is No 6 after Stanislas Wawrinka, Rafael Nadal, Tomas Berdych, Roger Federer, David Ferrer.

#0: Play a down-the-line backhand (to a right-hander's forehand). This often forces an opponent to change his attack to a cross-court shot, which goes to your forehand. This is what Federer changed early in his career after he lost to Hewitt and Agassi a few times.

They both had better backhands, so Roger kept playing a cross-court backhand (since, in theory, this is a better way to defend), but he never got out of the cross-court rally. He then learned to play an occasional down-the-line sliced backhand and, in most cases, received a cross-court shot to his forehand, with which he immediately attacked.

Note the relentless play of Hewitt to Federer's backhand and all the different tactics Roger tries to get out of that - changing pace, spin, playing down the line, moving around to play the forehand, etc.