Grigor Dimitrov Lost at the Start of US Open 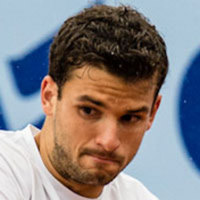 During the match with Paire, Grigor had problems with his left leg, he called therapist and pointed his leg while looking towards the coach during the last game of the match.

The next tournament where Dimitrov applied to is Thailand Open in almost 1 month time.

#1: Good point Jakub. I agree with you completely! He needs coach change and to build his own team of professionals where the most important position is the fitness coach. A big name like Jimmy Connors or someone from this caliber would be a great choice. Think about this as investment to get to top 10!

#0: It looks like this is a year of constant physical problems for Grigor. All the commentators have been recently talking about physical condition being the single most important thing on the ATP tour right now, personal physios and fitness trainers being more important for players than tennis coaches etc. Staying injury-free is the main focus for all top players these days, and they really work hard on it. Even young players like Raonic have their own personal physio and a fitness trainer traveling with them full time, doing all the procedures before and after every match, practice etc. Pierre Paganini is probably much more responsible for Federer's game and his success than any of his tennis coaches.

I am afraid that if Grigor does not start radically addressing these issues and be as professional about every single aspect of tennis life as possible (apart from the physical issues, having a FULL-TIME 100% dedicated coach is what a young player like him really needs right now), he will not achieve any success on the tour anymore. It is simply not possible in today's tennis. And that would be a great shame, as he has more talent than anyone else from his generation.