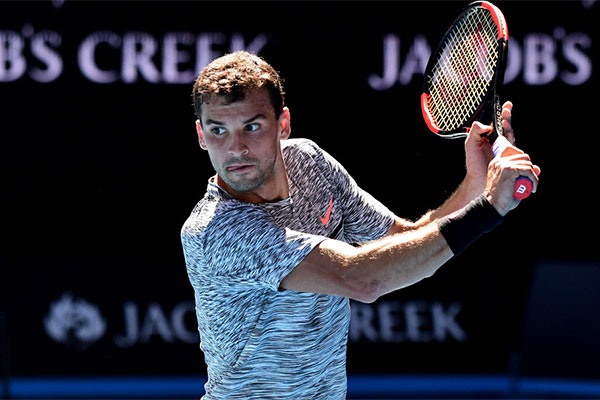 Grigor Dimitrov won this 10th match since the beginning of the new season. He dominated No 11 David Goffin of Belgium 6-3 6-2 6-4 on Wednesday morning to reach the semifinals of Australian Open. It will be his second Grand Slam semifinal after Wimbledon in 2014 when he lost to then No 2 Novak Djokovic.


Later today Rafael Nadal and Milos Raonic will play in the other quarterfinal which will appoint the rival of Dimitrov in the semifinal on Friday.


After yesterday's quarterfinal matches two Swiss players Roger Federer and Stan Wawrinka advanced to the semifinals and will fight for place in the final.

For reaching the semifinals at Australian Open Grigor Dimitrov won 720 ranking points which would move him to at least No 12 in the new ranking.

#0: Well done Grigor. You have beaten Rafa recently. With confidence, play your best tennis. You will reach final.