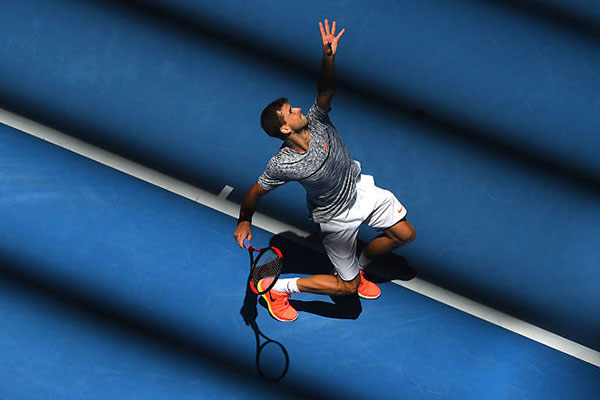 No 105 Korean Hyeon Chung outplayed Grigor Dimitrov in the first set of the second round in Melbourne and took the set 6-1 within 28 minutes. But the more experienced Grigor Dimitrov restored the order to win 1-6 6-4 6-4 6-4.

“That first set, he definitely played lights-out,” Dimitrov said. “I had to be respectful of that, and I was. But as soon as the second set started, I felt confident.”

In the next round Grigor Dimitrov will face a touch opponent - the Frenchman Richard Guasquet, No 18. The result of the matches played so far does not look good for Grigor, Guasquet won 5 while Dimitrov won only the last clash at Shanghai Masters in October 2016.

If Grigor succeeds against Gasquet, he would avoid a match against No 2 Djokovic as the Uzbek player Denis Istomin ousted him in the second round, so the possible opponent of Dimitrov in the 4th round is the winner of Istomin - Carreno Busta match.