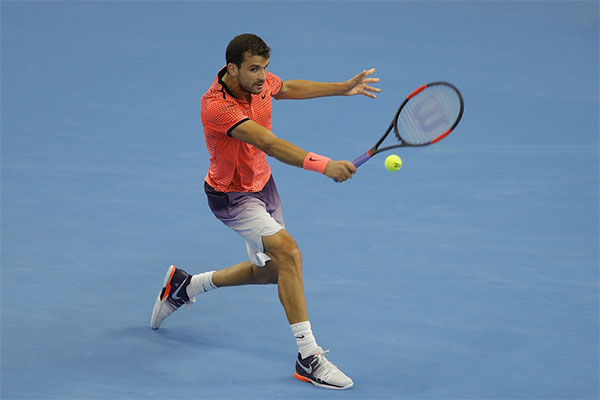 Milos Raonic decided not to play in the semifinal match in Beijing because of ankle injury and this way Grigor Dimitrov advanced to the final of the tournament. On Sunday at 1:30 pm CET Grigor Dimitrov will play for the title against world No 2 and top seeded player Andy Murray of Great Britain.

After the losses in the finals in Sydney in January and in Istanbul in April this will Grigor's third chance to win a tournament this year.

Andy Murray is a well known opponent for Dimitrov, as from the 10 matches so far Murray won 7. This year's score is 1 win all - Dimitrov beat Murray at Miami Masters in March, then Murray won at US Open in September.

"[Dimitrov] has been playing a lot better obviously the past few months," said Murray. "Obviously he's got high ambitions, I'm sure. The past few months, he's done well. He had obviously a very good win against Rafa yesterday. It will be a hard match."